For the 2021 online edition of the Counterflows festival, Glasgow-based Kay Logan (aka Helena Celle) created the hour-long electronic Music for Counterflows, accompanied by an interview with Stewart Smith. For the False Walls CD and digital release in July 2022, the music has been mastered by Stephan Mathieu, and the interview along with visual artwork by Kay are included in a 20 page booklet. 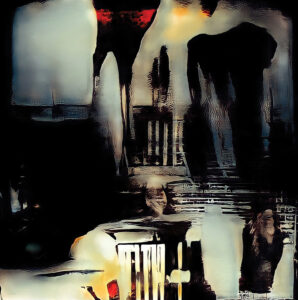 Here are some extracts from Kay’s interview with Stewart Smith in the CD booklet:

[Psychoanalysis] allowed me to develop the language to think about what I was actually trying to do, which has always been a very intuitive thing. I think ultimately for me, that is what art should be and it’s certainly what improvisation is. It’s an ongoing participatory relationship with the subconscious, with the imaginal. And I think there’s a long historical lineage of this being the case.

I’m not tech utopian in the slightest. Ideally, I think I’m pretty archaic. But I do make use of whatever technology is at hand to do what I’m interested in. And that’s been a really interesting thing for me to observe, like when you’re programming the system, the emergence of that ecosystem from your own imagination, and your intuitive response to its output. So it’s being shaped in this kind of feedback loop, which includes your subconscious. That to me is the kernel of what I’m doing at the moment.

I feel like the terms ‘improvisation’ or ‘composition’ or ‘performance’ or ‘listening’, I think it all kind of becomes the one thing. It just becomes a matter of listening and responding. And whether that’s through physical interaction or changing programmatically values in the system or its behaviours, that’s really what I’m interested in at the moment.

The following three digital releases come out on January 28, 2022: 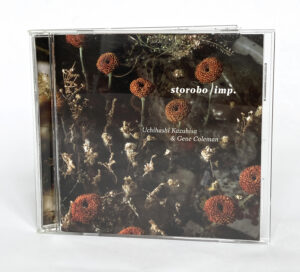 “Gene Coleman’s work as a bass clarinetist and as a tireless promoter of genre-defying music is exemplary, and this set of seven improvised duos with Uchihashi Kazuhisa is superb. Uchihashi has been unfairly overlooked in recent times… but he’s been quietly perfecting not only his use of electronics but also the daxophone, a wild and wonderful instrument invented by Hans Reichel that sounds like a couple of walruses fucking in a plastic bathtub. Together with Coleman’s fruity bass clarinet, it sounds magnificent.”
Paristransatlatic magazine 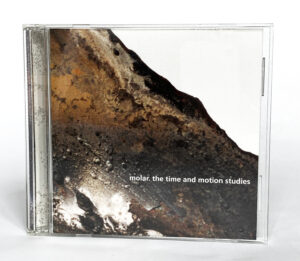 “Peculiar electronic music with strange flowing qualities… Instead of familiar melodies and recognizable song structures, the trio instead opts to create musical soundscapes that evolve odd waves in the brains of the listeners. Particular beats and rhythms are infrequent and/or subtle as the players bend and mutate their oddly layered compositions… Plenty of excellent mental material here.”
babysue.com 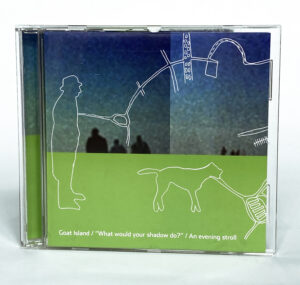 Goat Island was a Chicago-based collaborative performance group, 1987–2009. The company produced performance works developed by its members for local, national and international audiences. The company also researched and wrote collaborative lectures for public events, and often subsequently published these. “What would your shadow do?” was originally commissioned for radio broadcast as part of the 2002 Outer Ear Festival of Sound in Chicago. The piece combines text recorded live at the Nightwalking Conference (London, 2002) with additional sounds and audio effects.

Between 2002 and 2004, the Chicago-based False Walls label released six CDs. The label has been dormant since 2004, with its six CDs long out of print. Now based in Faversham (UK), the label re-launches in 2021, with its old catalogue of six releases made available for download for the first time.

The first three digital releases come out on November 19, 2021: 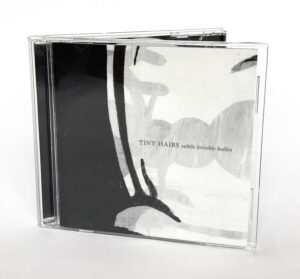 “… Tiny Hairs can be dreamlike and poignant like the more abstract, soundscaped moments of Hood, where melodies uncoil out of a melee of atmospherics. … Tiny Hairs achieve a balance, where the found sounds and electronic trickery that is often seen as an intriguing backdrop to the more ‘musical’ portions, is afforded equal aural status. … a great album.”
Comes With A Smile, London 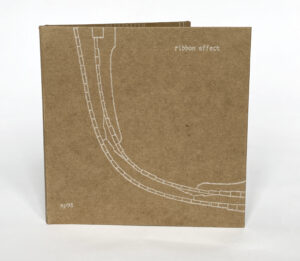 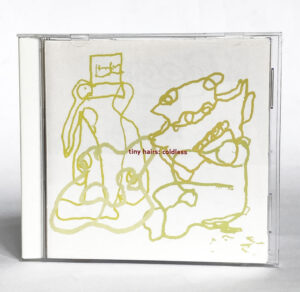 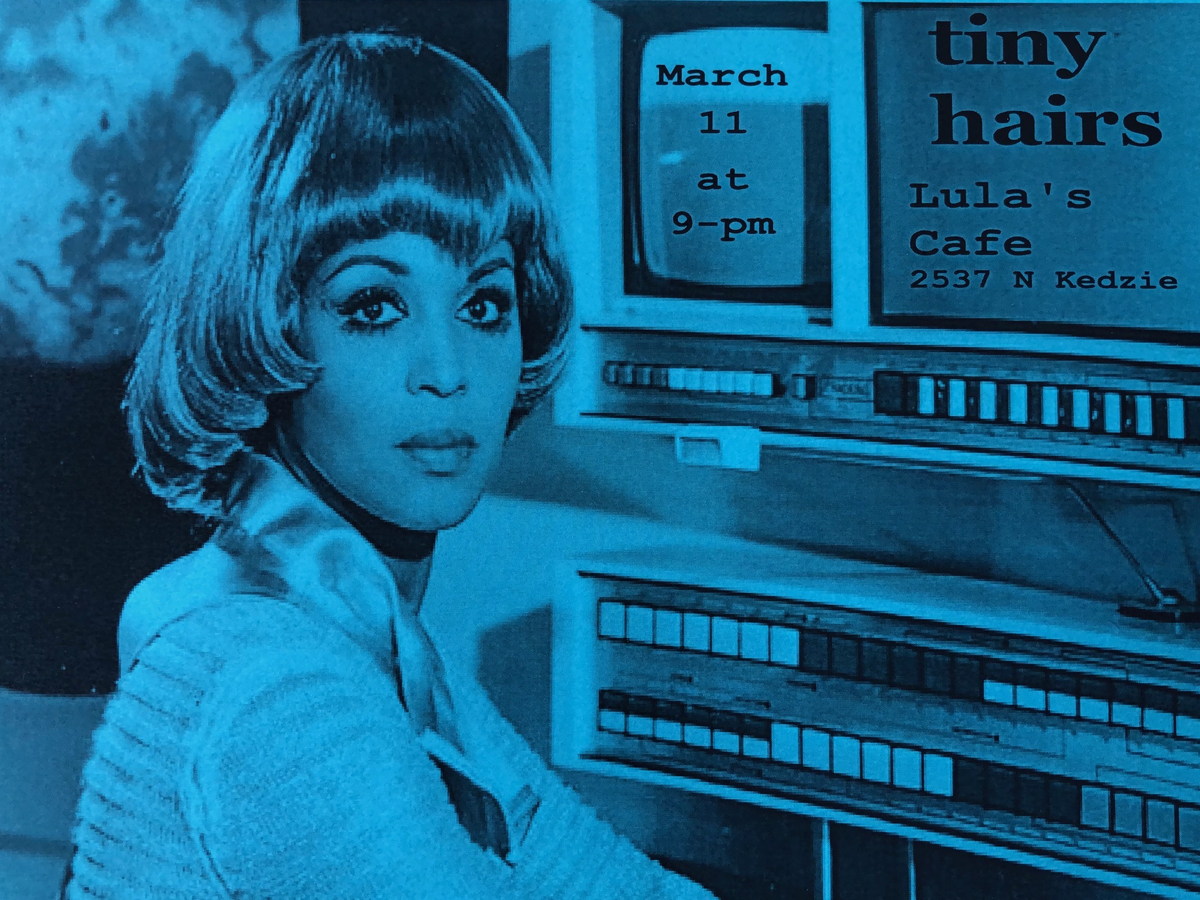 They improvised their live shows, between 2000 to 2009: http://www.tinyhairs.com/dates.html

“Tiny Hairs has a penchant for long songs with longer titles (“The Water has its Skin as Does the Sky,” “The Sun behind you makes your ears look red”). “Songs” might be the wrong word to describe Tiny Hairs’ minimalist improvisations, which combine the sound of traditional acoustic instruments with often-random electric noises — interrupting, say, a lovely violin melody with the sound of a short-wave radio transmission. It’s spontaneous music without the frequently punishing atonality of free jazz, proving that experimental doesn’t necessarily mean unlistenable.” 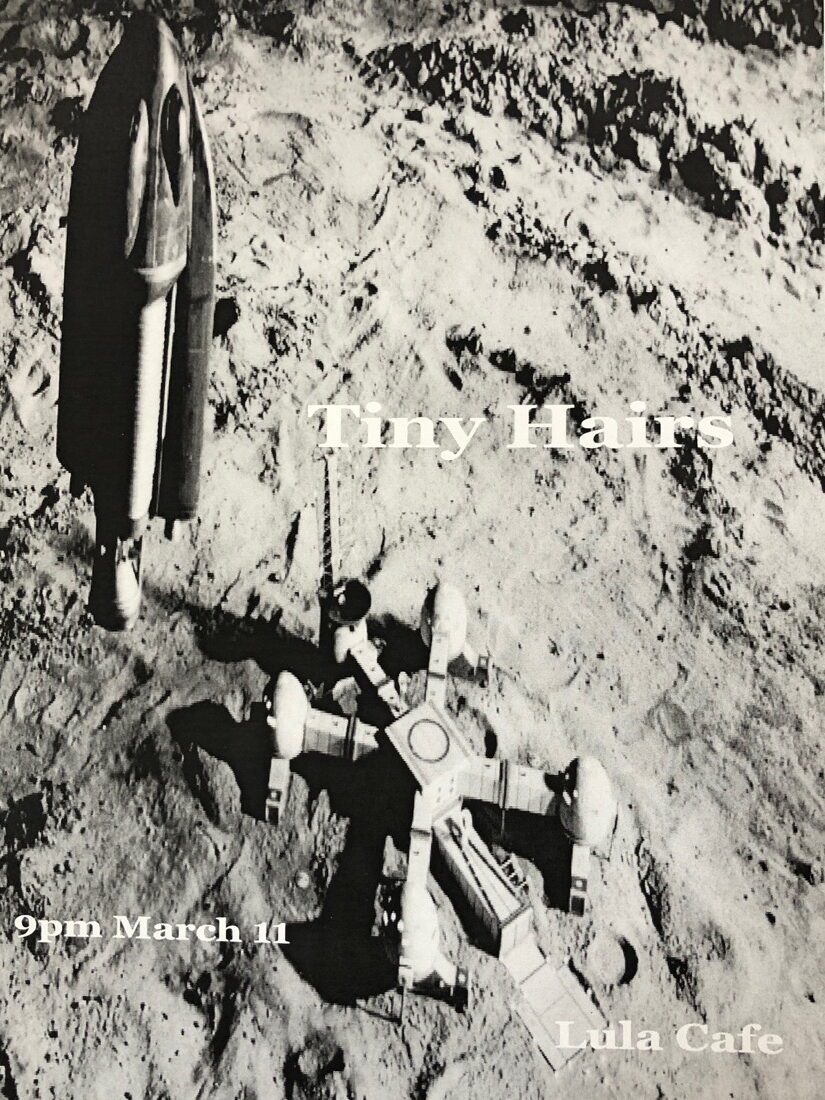 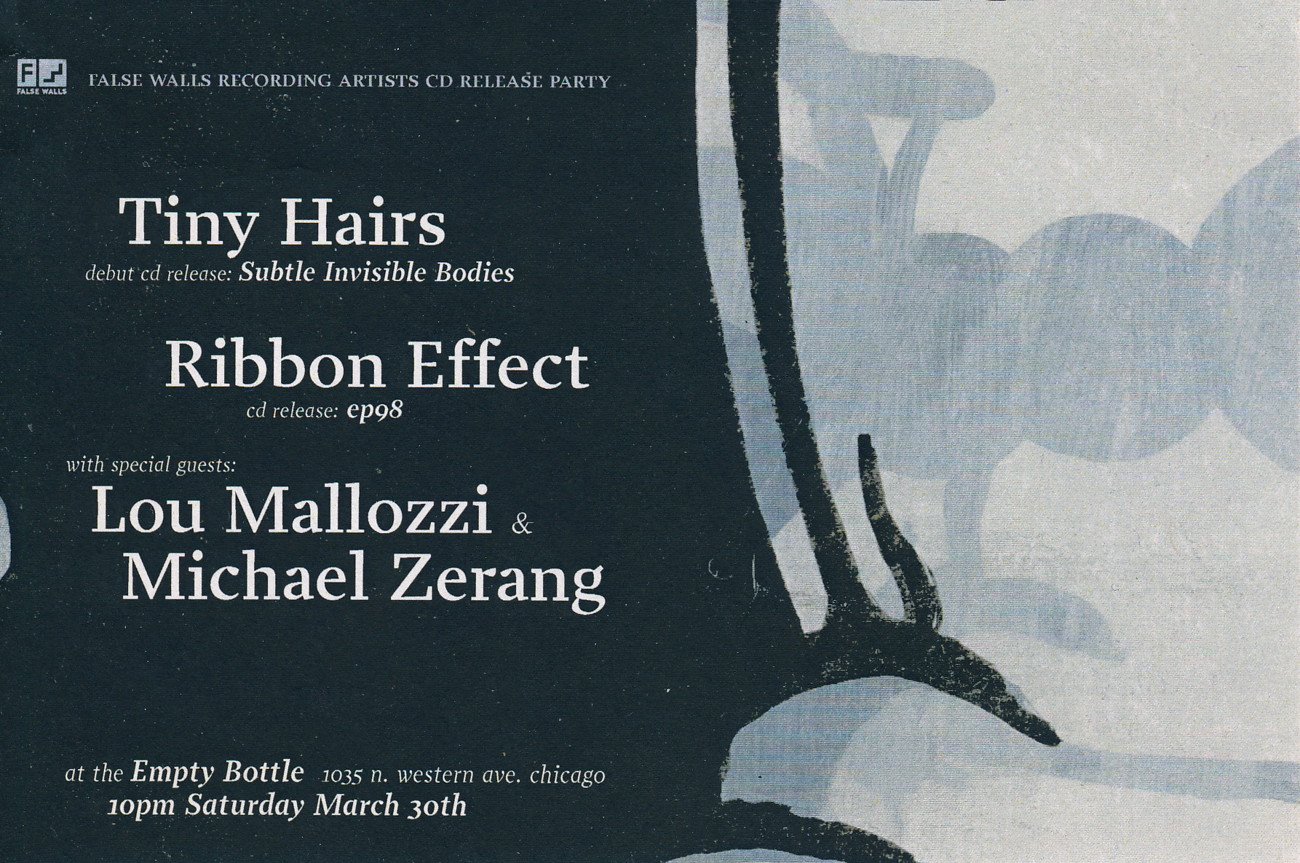 “This is a party for the two initial releases by the Chicago label False Walls; both Tiny Hairs’s second release, Subtle Invisible Bodies, and Ribbon Effect’s EP98 (recorded before last year’s debut album, Slip) come out April 1. Both bands rely on improvisation to generate ideas; though Ribbon Effect consider themselves a song-oriented band, none of the four long tracks on the EP coalesces into a pop structure. Nonetheless they seem the more light-footed of the two, percussive and sometimes even effervescent as keyboards and drums interlace; the very analog accordion challenges the electronics to a playful duel. Tiny Hairs go into darker territory; the tracks unfold gradually and with a slow pulse; if you follow Peter Rosenbloom’s violin it behaves like a fairy light, getting a listener more and more lost in the moonlit forest of Charles King’s magical miscellany (“electronics, turntable, shortwave, electromagnetic bicycle/shelving/fan/jar of bolts”). 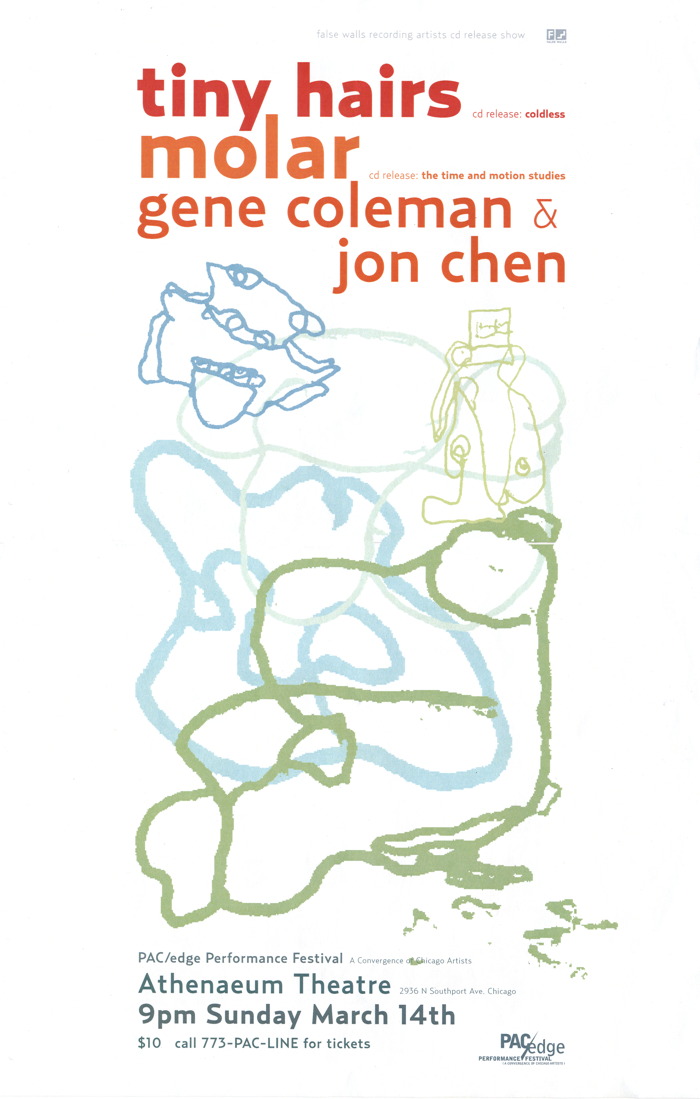 Between 2002 and 2004, the Chicago-based False Walls label released six CDs. Run by CJ Mitchell alongside his other work in the performing arts, the CDs were predominantly instrumental and experimental: including post-rock, acoustic improvisation, electronics and a radio project.

After 2004, the label went dormant, with the original six CDs out of print.

In 2021, following CJ’s re-location to Faversham (UK), the label launches again, with its old catalogue of six releases being made available for download for the first time.

New releases will follow in 2022: a new CD from Cindytalk and a boxset of live recordings and writings from Andrew Poppy.